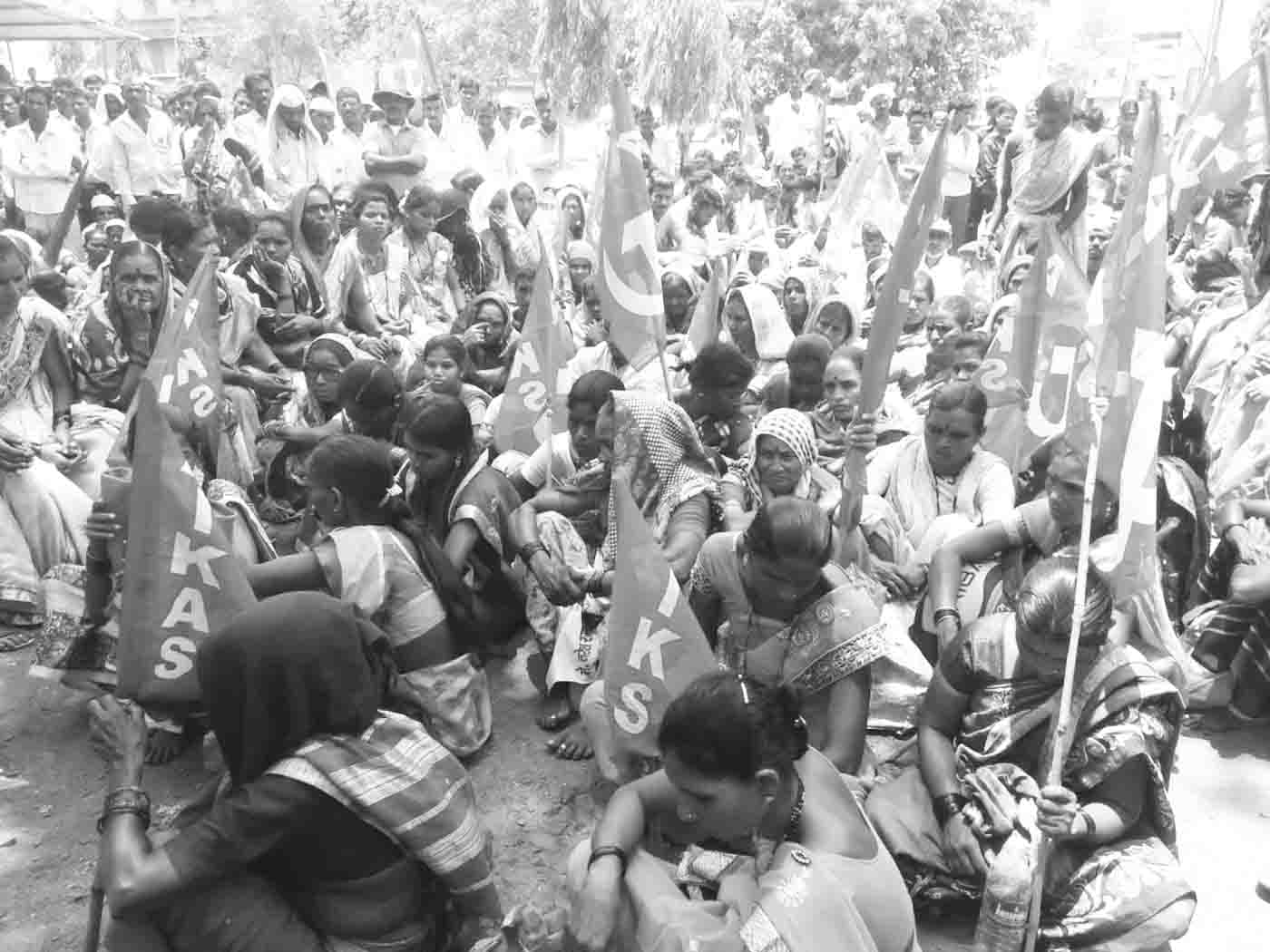 AT the statewide call of the All India Kisan Sabha (AIKS) Maharashtra state council, thousands of farmers came on to the streets in several districts on June 1, just two days after the newly elected BJP regime of Narendra Modi at the centre took office. The statewide protests flayed the state government of the BJP-Shiv Sena for its betrayal of promises given to farmers on issues of drought relief, loan waiver, fair prices, land rights, ration, pension and other local issues, which included opposition to the proposed Mumbai-Ahmedabad Bullet Train and the proposed Mumbai-Vadodara Expressway in Palghar district.

June 1 marked the second anniversary of the historic 11-day statewide farmers strike in Maharashtra that began on June 1, 2017. It may be recalled that it was this novel strike that forced the BJP-led state government to declare a Rs 34,000 crore loan waiver package. However, only Rs 18,000 crore of this package has been disbursed to farmers, by the government's own admission. The AIKS, along with other farmers’ bodies, had played a vital role in the success of that strike. AIKS state general secretary Ajit Nawale was elected convenor of the Coordination Committee of Farmers Organisations that led the strike.

It was against the non-implementation of the demands conceded then that the AIKS in Maharashtra led the unprecedented Kisan Long March from Nashik to Mumbai from March 6 to 12, 2018. Over 40,000 peasants marched a distance of nearly 200 kilometres for seven days and forced the state government to give written assurances and place them officially before both houses of the state legislature.

In the just-concluded Lok Sabha elections, CPI(M) Central Committee member, AIKS former state president and seven-time sitting MLA, J P Gavit secured 1,09,570 votes in the Dindori (ST) seat in Nashik district, fighting against both the BJP and the NCP. This was nearly 40,000 votes more than what the CPI(M) had secured in the same seat in the 2014 Lok Sabha polls.

In the June 1 actions, the largest mobilisation of over 10,000 peasants was in the eight tehsils of Thane-Palghar districts, viz Dahanu, Talasari, Vikramgad, Jawhar, Mokhada, Wada, Shahapur and Palghar. There were impressive rallies at Akole in Ahmednagar district, Kinwat in Nanded district, Solapur in Solapur district and several other districts in the state like Parbhani, Beed, Hingoli, Latur, Usmanabad, Buldana, Sangli, Kolhapur, Nashik and others. Demonstrations and dharnas took place in all the eight districts of Marathwada region, which is the worst affected by drought. Memorandums were given to government officials, who were forced to concede several local demands.

The decision to hold these statewide protests on June 1 was taken in the meeting of the AIKS Maharashtra state council held on May 5, 2019 (culmination of the Karl Marx Bicentenary Year) at Parali Vaijnath in Beed district of the severely drought-hit Marathwada region.

The AIKS state council will meet on June 22 to plan further mass actions, finalise the membership for this year and complete the registration of the Kisan Sabha village committees.

The resistance to the re-elected BJP regime has begun within two days of its taking office. It has to be broadened and intensified all over the country. But now onwards, it has to be fortified with a much more concerted political and ideological battle.