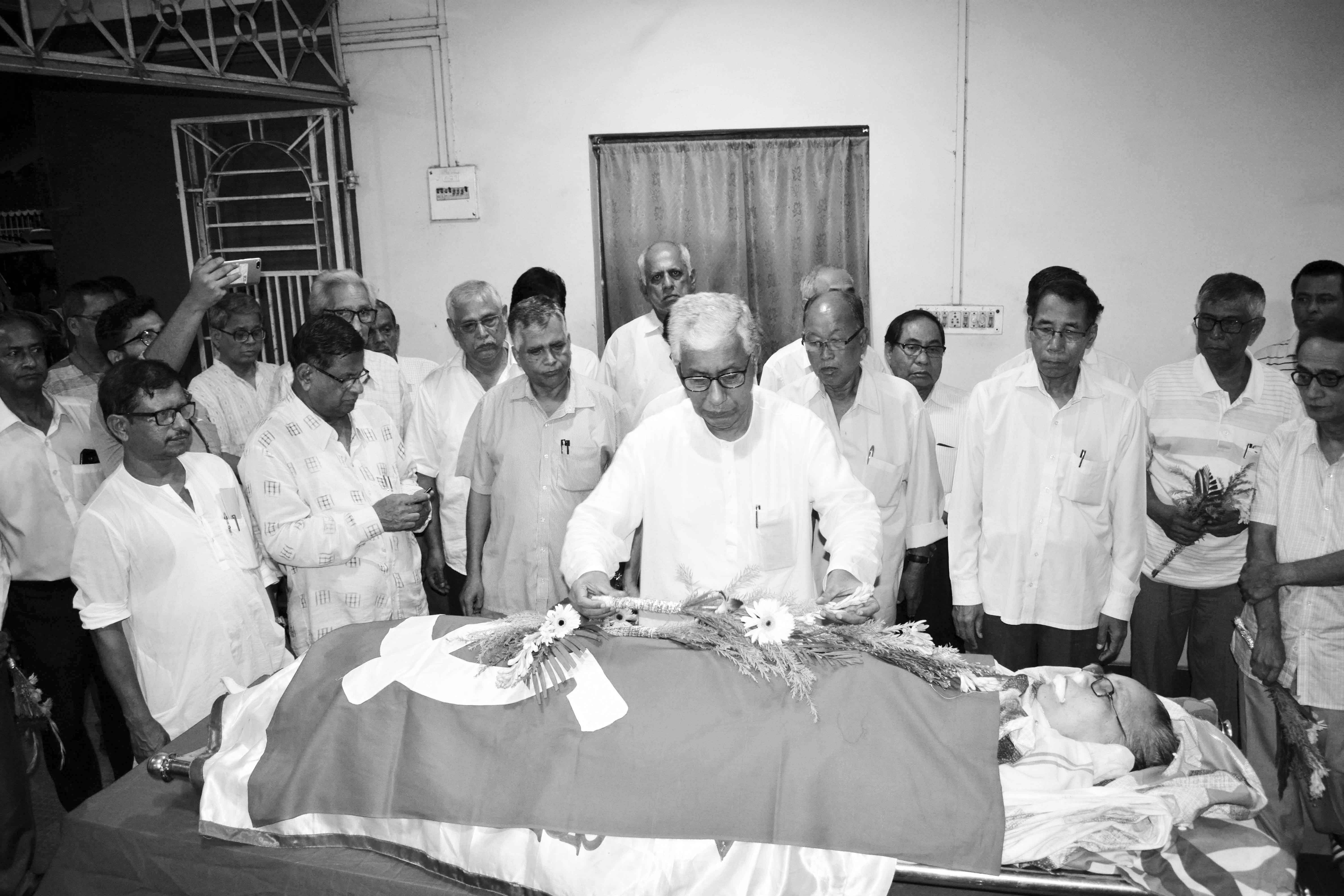 CPI(M) expresses deep condolence on the demise of Comrade Mangaleshwari Devi. She was one of the first women hailing from tribal community to join the Left movement in the state. Comrade Devi, wife of former chief minister and eminent leader of the CPI(M), Comrade Dasarath Deb has contributed immensely to the Left and progressive movement in the state of Tripura.