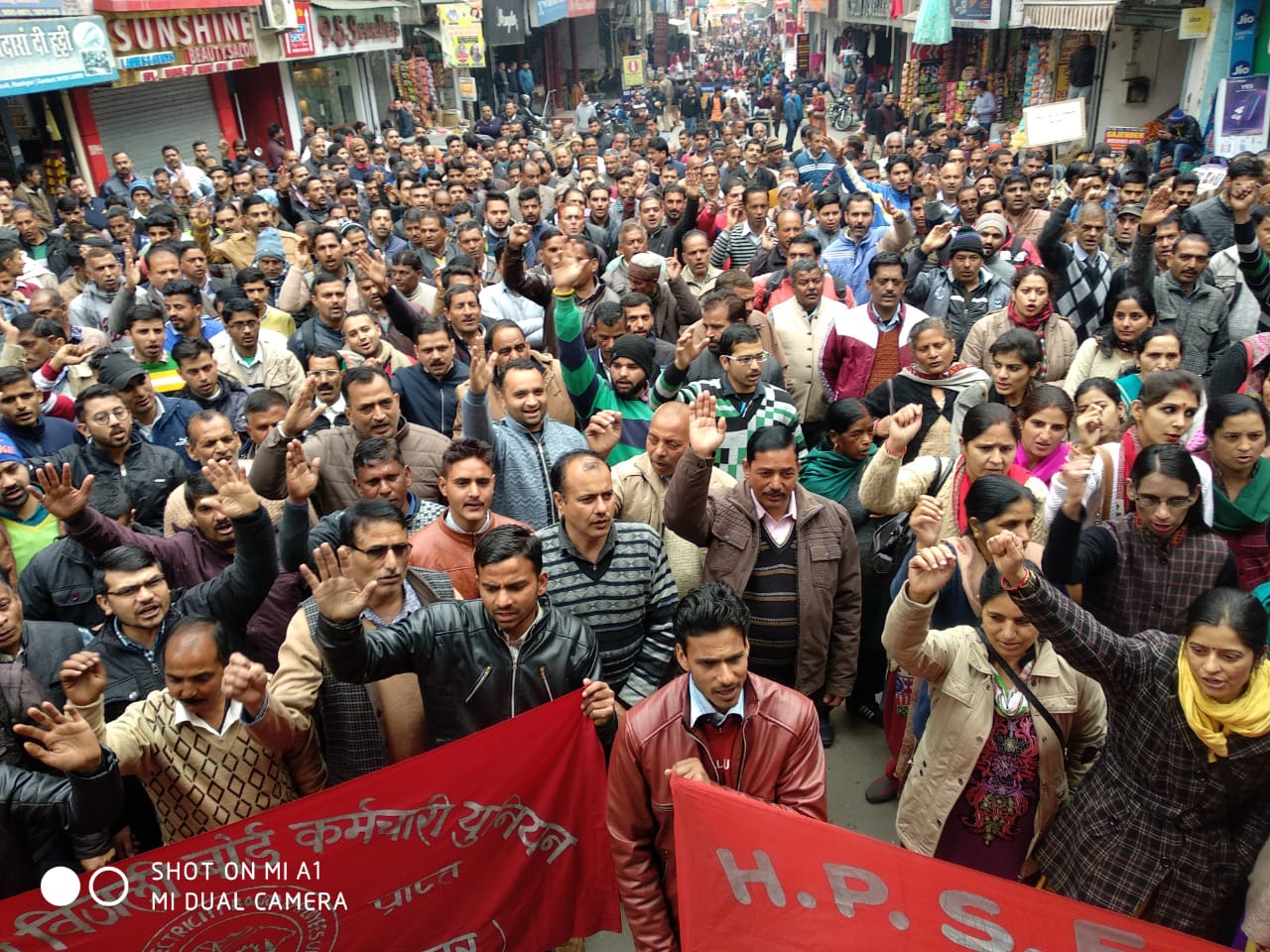 The Polit Bureau of the Communist Party of India (Marxist) met on February 8-9, 2019 at New Delhi. It has issued the following statement:

The Polit Bureau salutes the people of Kerala and West Bengal on the manner in which they responded to the calls given by the CPI(M) and the Left parties in their respective states.

Women’s Wall in Kerala:  More than 55 lakh women held a human chain linking the northern tip of Kerala to its southern tip to uphold equal rights for women and for carrying forward the renaissance movement in Kerala.

West Bengal Rally:  West Bengal saw probably one of the largest gathering of people in response to the Left Front’s call at the historic Brigade Parade Ground in Kolkata under the slogan `Oust Modi government, Save India; Oust TMC government, Save Bengal’.

Tripura: The people and the CPI(M) rank and file continue to resist the fascistic attacks mounted by the BJP and its state government.

The Polit Bureau discussed the state-wise reports on the electoral tactics the Party would pursue in order to achieve the following tasks:

·        Ensure an alternative secular government is formed at the centre.

The Central Committee meeting scheduled to be held on March 3-4, 2019 will finalise the details.

Ever since the Rafale deal was renegotiated by the Modi government, there have been a flood of reports that alleged that the price being paid for the planes in question is much higher than what had been decided in the initial agreement. The BJP-led NDA government has been making vain attempts to defend the deal on one pretext or the other and has been unsuccessfully seeking to brush off allegations of favouritism, corruption and crony capitalism of the worst kind.

The Modi government has consistently undermined the capability of the air force and the authority of the defence ministry in its attempt to defend the corruption involved in the Rafale deal. This has cost the public exchequer heavily and caused damage to national security.

The Polit Bureau reiterates that a joint parliamentary committee must be established to go into the entire scam and identify those responsible for such high level corruption, crony capitalism and undermining India’s defence interests.  The Modi government’s obdurate refusal to do so is tantamount to “admission of guilt”.

The BJP had promised to generate two crore new jobs every year. But according to data of the National Sample Survey Organisation (NSSO), that is being prevented from publication by Modi government, unemployment rate in India is at a 45-year-high of 6.1 per cent in 2017-18.

As against the promised ten crore new jobs, crores of employed persons have lost their jobs and joined the ranks of the unemployed. According to reports, the NSSO Survey says that unemployment for rural male youth (aged 15-29) went up from 5 per cent in 2011-12 to 17.4 per cent in 2017-18. The corresponding figures for rural women in the same age group, was 13.6 per cent, up from 4.8 per cent.

The Polit Bureau calls upon all its units and the Indian youth to mount popular pressure through struggles against the Modi government’s policies that is depriving our youth the possibility of realising their potential.

The Polit Bureau condemned the Madhya Pradesh Congress state government’s decision to invoke the National Security Act (NSA) against five persons arrested on allegations of cow slaughter.  This stringent legislation was meant to be used against anti-national terrorists. Instead, its invocation over such allegations displays an effort to appease the communal elements.

The Polit Bureau demands the revocation of the NSA.  The existing provisions of law would be sufficient to deal with any such allegations.

The Polit Bureau expressed serious concern over the severe onslaught mounted by the BJP government on public funded education at all levels, particularly on institutions of higher learning and research. Slashing of funds, undermining autonomy and principles of social justice, together with deepening communal orientation through the promotion of mythology as a substitute for objective scientific learning and history have become the order of the day. The Polit Bureau extends its support to the united protest march of teachers of all categories, students and non-teaching employees on February 19 in New Delhi.