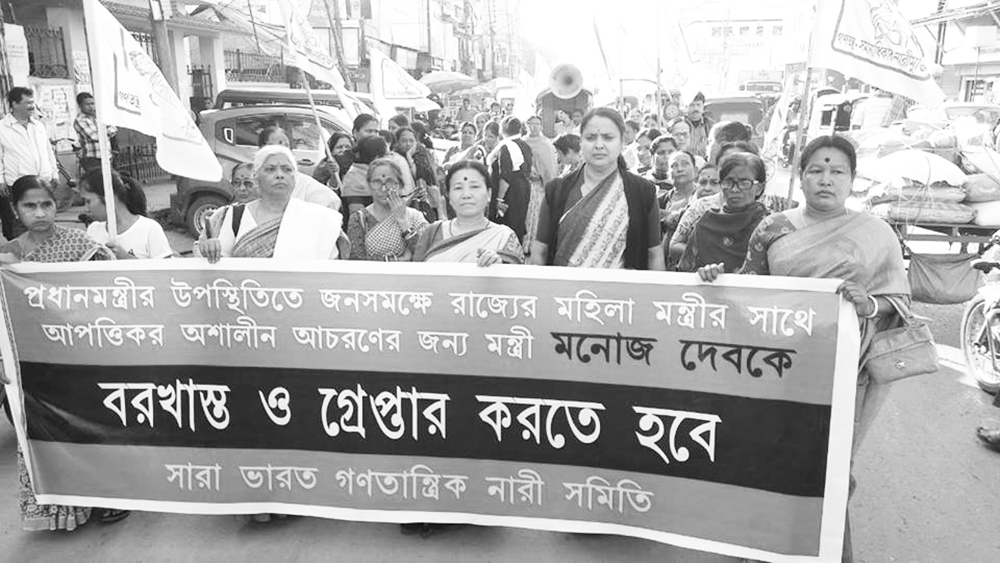 ON February 11, AIDWA in Agartala organised a protest march demanding immediate removal of Manoj Kanti Deb, minister for sports and youth affairs from the cabinet and stringent legal action against him.  It was led by Rama Das, Krishna Rakshit, Panchali Bhattacharya and others. The AIDWA leadership said, if a minister has to face such a situation, that too while sharing stage with PM, it tells all about the safety and security of women in the state. They demanded that CM Biplab Deb must immediately sack Manoj Kanti Deb from the cabinet.