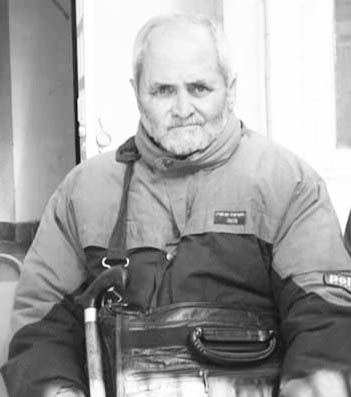 The Polit Bureau of the Communist Party of India (Marxist) expresses its deep grief at the passing away of Comrade Mohar Singh, former member of the Central Committee and former secretary of Himachal Pradesh state committee of the Party.  He died on January 11 at the age of 68.

Comrade Mohar Singh was elected to the Central Committee at the 16th Congress in 1998  and  continued till its 18th Congress in 2005.

In his death, the Party has lost a valuable leader.  The Polit Bureau pays respectful tribute to the memory of Comrade Mohar Singh and conveys its heartfelt condolences to his family members.

Comrade Mohar Singh died in Post Graduate Institute of Medical and Research at Chandigarh where he was admitted after an ‘infarct’.  His body was taken to Shimla and according to his wish it was donated to the Indira Gandhi Medical College to the department of Anatomy for bio medical research. The medical college had made adequate arrangements to receive the body and also to ensure that the people pay their obeisance to the departed leader.

Those who gathered at the handing over of the body include Onkar Shad state secretary of CPIM, Rakesh Singha MLA , Sanjay Chauhan former Mayor of Shimla and hundreds of party workers and section of the academia.

Comrade Mohar Singh was born on December 25, 1948 in a remote village Chalayan in Kupvi Tehsil of Chopal Sub Division of Shimla district. He was an erudite reader and a brilliant student. He did his MPhil in political science from Himachal Pradesh University Shimla. He was motivated by Javed Alam who was teaching in the same department. He was the founder leader of DYFI in HP. He served and guided the party for a long time. Initially, as acting secretary and then as state secretary till his ill health in 2004. He suffered from a brain stroke after which he decided to retire.

Comrade Mohar Singh had the ability to even carry his adversaries along. Very humble and polite he was consulted for all kinds of solutions by the academia and leaders and activists of the movement who knew him. Simultaneously he was steeled from inside with his commitment to ideology and Marxism. In fact he was the best Marxist teacher in the state. The entire contemporary leadership was trained ideologically by Comrade Mohar Singh. He was admired even outside the Left and hence had got the title of “Guruji”-the teacher.

On January 29, 2019 a condolence meeting will be held at Shimla which will be attended by Sitaram Yechury , general secretary of CPI(M) who had a very long and strong association with Mohar Singh.