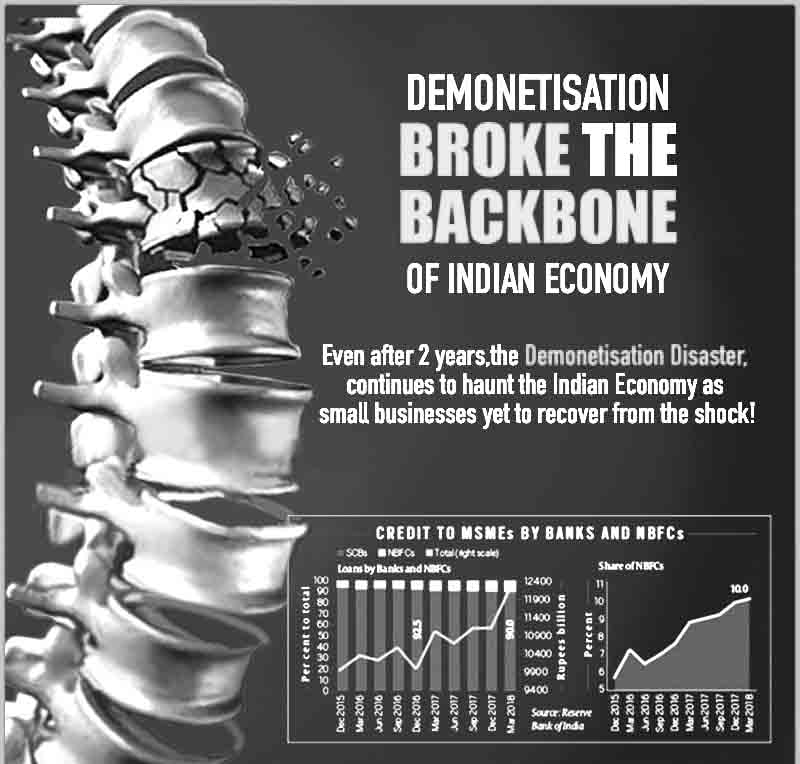 On the Recent Scams and the Role of Crony Capitalism

Sitaram Yechury, general secretary of the Communist Party of India (Marxist), addressed a press conference on the recent scams and the role of crony capitalism, on November 15, 2018 at the Party headquarters in New Delhi. The following is the text of the press release.

INDIAN economy has hit the lowest point at the present point of time. Every commitment made in the run up to the last election remains unredeemed. The aggressive pursuit of neoliberal policy has forced the institutionalisation of cronyism as the dominant feature of this government. This is the fountainhead of high level corruption and scams. The government’s protective corporate partnership and sponsorship has led to the undermining of regulators, independent agencies and, obviously, well laid down procedures to ensure the principle of check and balance. Be it the Rafale deal, Pradhan Mantri Fasal Bima Yojana, the telecom sector shenanigans and the great bank robberies have brought these elements into play with crony capitalism as the centerpiece. Therefore, as opposed to popular perception, the terrible state of the Indian economy is not only the outcome of the mismanagement of the economic and financial situation, but driven by cronyism.

How this is happening is clear from:

New facts are coming out on the irregularities of the government in clinching the Rafale deal. The most sensational of these is the government’s own admission in the Supreme Court that there is no sovereign guarantee from the French government but only a letter of comfort which is not legally enforceable to ensure the delivery of this high value contract. On the price, the government stated in March 2018, cost of the basic aircraft is Rs 670 crores per aircraft. But, in September 2016 government had pointed out that it was Rs 60,000 crores for 36 aircraft including all additions/modifications making it Rs 1,600 crores per plane. The Dassault CEO has stated that price of 36 fly away aircraft is now equal to 18 fly away aircraft ordered in MMRCA deal earlier. These figures obviously do not corroborate. Dassault CEO in March, 2015 had stated that deal was nearly complete with HAL in line with the requirements. It is now crystal clear that the deal was announced by the prime minister in Paris in April, 2015 while the defense procurement council met and finalised in May 2015. This is apart from the revenue already received by the inactive Reliance defense account of Anil Ambani. The reality of the scam is well and truly established. Nothing less than a Supreme Court monitored SIT probe can bring out the truth and fix accountability. This is of paramount importance in the interest of the nation and particularly, the security of the country. The government is accountable for tax payer’s money drawn from the public exchequer.

Cash is back to where it was before November 8, 2016.  The four declared objectives were never designed to be achieved. Questions are now arising as to who benefited? Unusually large conversions have taken place in the Gujarat cooperative banks. Demonetisation has destroyed the cash driven unorganised and informal sectors.  This has severely dented economic growth.  But most devastating impact has been on employment. It has now transpired that, after Raghuram Rajan’s exit, though the RBI Board had cleared the demonetisation exercise, they had equally rejected the veracity of the government’s claims. The impact of the exercise also needs a closer scrutiny.

In view of these facts and developments, a JPC probe is necessary into this entire exercise to establish the truth behind this disastrous step.

The ominous developments undermining the independent functioning of the CBI is now out in the open. The tampering with the functioning of the CBI director is being probed by the CVC under the supervision of a retired Supreme Court judge. There are media reports that nothing substantial has been uncovered to establish any wrong doing on the part of the CBI director. On the other hand, the facts are clear; after having failed to install R K Asthana as the director, the government had to remain content with positioning him as the special director as a result of judicial intervention. Asthana’s record to help the ruling party’s cause in the past is well recorded. It ranges from handling of the 2002 Godhra enquiry and more recently, the Vyapam scam in Madhya Pradesh among many others. The ongoing CBI enquiry into his role in the bribery scam which came in the way of government’s intention to place him at the helm of CBI clearly constitute ground for ‘conflict of interest’. Therefore the description of a feud in the CBI clearly suggests to use it as an excuse for stalling the enquiry into Rafale deal and the issue of crony capitalism at its heart. The refusal of the government to a JPC enquiry into the Rafale deal and even rejecting the CAG studying the deal before 2023 is also an instance of undermining the independence of yet another constitutional entity.

UNDERMINING OF THE INDEPENDENCE OF RBI

What is happening in the RBI is also unprecedented. Invoking Section 7 of the RBI Act is unprecedented and strikes at the very roots of independence of the RBI in ensuring financial stability.  RBI’s independent position on demonetisation, handling of bad loans, the taking over 99 per cent of the profits of the RBI each year during the present government and now the attempt to force Rs 3.5 lakh crores from the RBI’s reserves to contain fiscal deficit are all issues undermining the central bank. The precipitation of the disagreement appears to be triggered by the RBI’s stand on refusing to accede the demand of the government to look the other way at the SBI’s attempt to waive the corporate debt to the tune of Rs 1 lakh crore on account of the power projects in Gujarat. Protecting crony capitalist interests has led to this unprecedented assault on the RBI’s independence.

The immediate gains that the prime minister and the BJP are looking at through this complicit crony capitalism are corporate funding for electoral benefit. The widening gap between the funding for BJP and all other political parties is apparent. The amended electoral funding laws make electoral bonds new tax heavens with the additional benefit of proximity with the ruling dispensation to influence policy which would disproportionately benefit them even if that is detrimental to the interest of the country in general, and the poor and the working people in particular. Therefore we demand the provision for unlimited and anonymous corporate funding of political parties must be nullified forthwith, by withdrawing the electoral bonds.