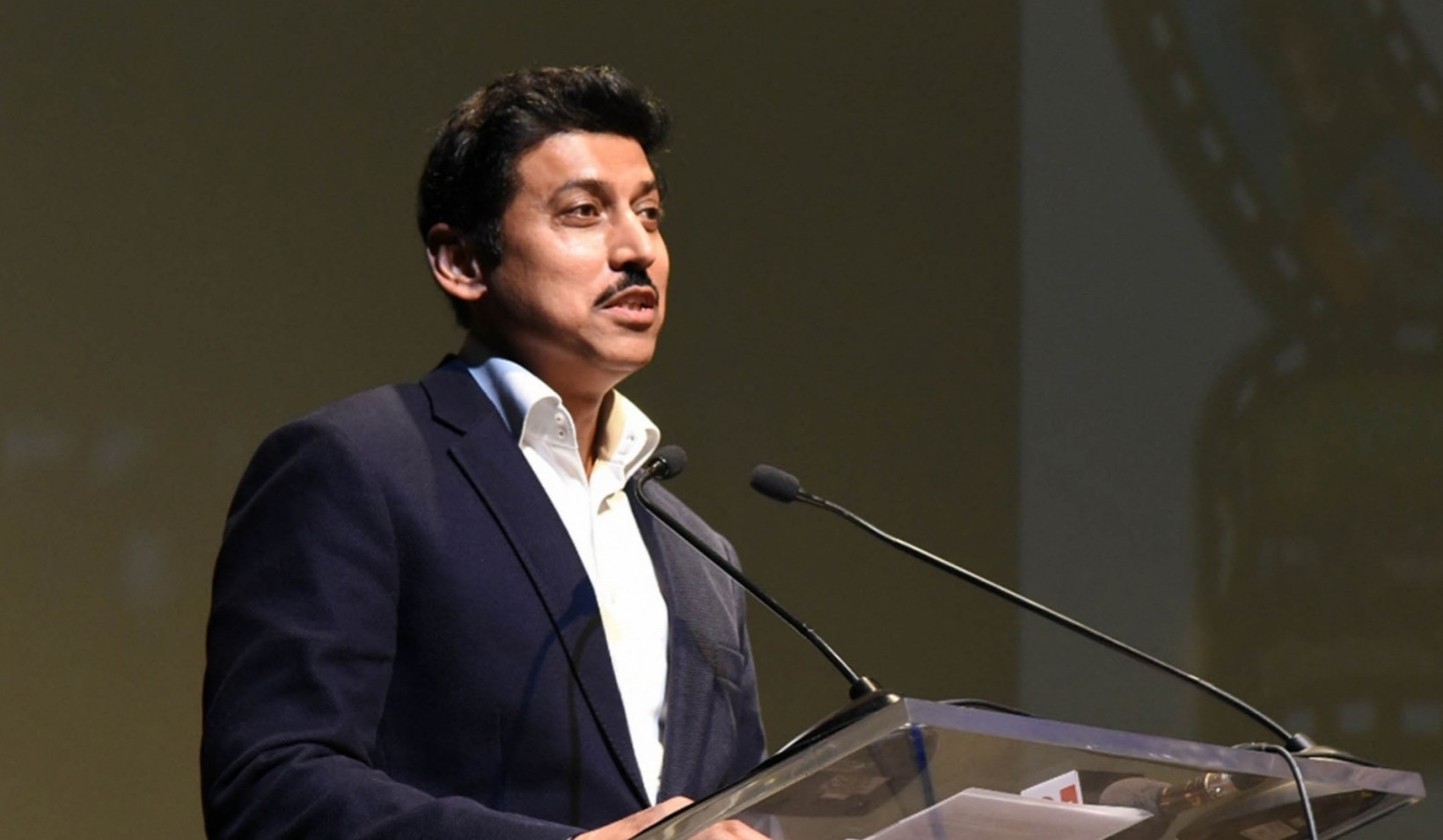 UNITED STATES OF AMERICA: The Victory of Alexandria Cortez

APART from whatever is happening with Trump and his ‘eccentricities’, many other significant developments are taking place within the US. One such significant development is Alexandria Ocasio-Cortez’s victory in the New York Democratic primary election. Recognising its significance, the New York Times Sunday Review featured a cover story, ‘The Millennial Socialists Are Coming’, about her and other candidates of her like.

Not long ago, Trump has tweeted that a Red wave will sweep the country in the upcoming mid-term elections to Congress and Senate in the US. Red wave in the US, implies a swing in favour of the Republican party and should not be confused with the colour’s association with socialists or communists. Trump’s optimism stems from the fact that the latest average of all polls count his approval rating as president of the US to be 41.5 percent, which is two percent higher than his overall term average (39 percent). He is hoping that his ‘trade wars’ and ‘war against immigration’ will win him approval, votes and also seats. But the coin has another side – 52.7 percent of US citizens are disapproving Trump and his policies. This anger against Trump is having its political reflection.

Laying the ground for the November elections, registered voters of the Democratic and Republican parties are choosing their respective candidates in the primaries. It is in one such election in a Democratic primary that Alexandria Ocasio-Cortez got elected. She is a member of the Democratic Socialists of America (DSA), which works within the Democratic Party. She defeated an incumbent Democratic Party leader, who has been representing this seat for long and considered to be number four in the party’s hierarchy. Her victory jolted the Democratic Party establishment, as they found out that it is not Cortez alone, but many progressives are gaining and winning the primaries. According to a report, nearly 22 percent of the primaries are won by democratic socialists and progressives. This has made many observers to comment that if at all there is a ‘Red wave’, it is not that of the Republicans, but it is of the ‘anti-establishment’ socialists.

In the past two years, there is a growth in Left-wing activism in the US. The campaign of Bernie Sanders has galvanised the progressives and Left forces in the country. Reports detailing how – the Democratic Party establishment ‘stole’ Sanders election as their presidential nominee, Wall Street’s proximity with Hillary Clinton, the election of Trump and his policies – all helped in further accentuating this process. In fact, Sanders has been arguing for long that for Democrats to win elections, it is not sufficient for them to be ‘better than Republicans’. He wanted them to have a ‘bold political vision’ to attract voters. The Democratic Party was not ready to listen. They termed heeding to Sanders’ suggestions was to turn ‘Left’, for which they are not ready.

A dominant thought among the Democratic Party leadership is that they should remain at the ‘Centre’ and only then will they be able to attract all those voters who are not yet committed and/or disenchanted with the Republican administration and now, Trump. Given the class character of the Democrats – a liberal ruling class party – they are not ready to change their policies. This only shows that the dominant ‘centrist liberal wing’ of the party is completely out of touch with what their bases are thinking. The base of the Democratic Party usually consists of the working class, people of colour and minorities. The leadership of the Democratic Party is so wedded to the neo-liberal philosophy that they are unwilling to listen to their own party members and supporters. This gap has led to disenchantment and apathy among the masses. This indeed is the phenomenon with all the Social Democratic parties in the world, who are losing their core support base.

The degeneration of social democracy had accentuated with the collapse of Soviet Union and the rise of neo-liberalism. In the name of defending ‘national interests’, ‘pragmatism’, ‘realism’ and ‘business confidence’, they started distancing themselves from even social welfare policies and their agenda of ‘reform’. There no longer was any difference between the economic policies of the conservatives and social-democrats, as both were eagerly implementing neo-liberal, market oriented policies. Sanders has clearly presented the resultant outcome: “When ordinary Americans get demoralised and give up on politics and don’t vote, Republicans do very well….When you don’t have a program that appeals to working people and ideas that get people excited, when you have low voter turnout, that’s the Republicans’ dream. That’s when they win elections”.

As there is nothing much to differentiate them on economic policies, to win elections and also divert the growing discontent on these very policies, conservatives raise issues like racism, migration, gun control, etc., as pressing concerns. Playing on popular emotions, society is sought to be divided for petty political gains, something which is happening even in our own country.

The global economic crisis, for which US is the epicentre, has added to the popular discontent. The Democratic Party has failed to address the concerns of the working class and the middle class. Courting the rich and mighty, mobilising corporate money, became more important to win elections, than approaching people directly. ‘Corporatisation of elections’ cut them off from their bases. A reflection of this is found in Senate representation – the average worth of a Senator is $3,100,000, while the average worth of a US citizen is $45,000.

Fed up with this system, there started an intense churning. People began realising that since ‘the community is under attack on all sides’, there is a need for ‘fighters’ to be elected into ‘positions of power’. Movements like Occupy Wall Street, Black Lives Matter, Me Too and various working class struggles galvanised their thought process. Instead of ‘corporate Democrats’, they have started looking for ‘activists’ to represent them. The support to the campaign of Bernie Sanders indicates this positive development, which further reflects in the victory of Ocasio-Cortez and others like her.

Cortez defines herself as an ‘unapologetic champion for working families’, an ‘organiser’ and an ‘educator’, whose candidacy is ‘movement(s) candidacy’. She characterised her contest as ‘people versus money’ and her agenda clearly reflecting it, focused on issues like inequality, corporate control of politics, equal rights for all, $15 minimum wage, Medicare for all, tuition-free college, and a federal jobs guarantee. She linked racial exploitation with economic exploitation and stated: “to fail working-class Americans is to fail Latino Americans”. It is this agenda that has endeared her to the working class, socialists and made many labour unions extend their support. Apart from the DSA to which she belongs, a progressive coalition of movements/people in activism was built. This included Black Lives Matter, Justice Democrats, Muslim community organisers, young Jewish organisations and many tenant organisers.

Cortez was able to defeat her rich rival, who outspent her 10:1, by concentrating on knocking doors, sitting in meetings with five to ten people in a neighbourhood and taking down notes. Her agenda evolved out from here. With this experience, she questions the strategy of Democratic Party in defeating the Republicans and Trump. “What have we learned from 2016? How are we doing things differently?….Trump is a terrifying demagogue and he is a disaster for our democracy, but we lost the election on that narrative….I’m not going to allow this movement to get hijacked by an energy of antagonism when what we are really trying to advance is a positive and progressive vision for America’s future”.

Her progressive vision is a ‘democratic socialist vision’, which is reflecting the desire for an alternative to the capitalist society. Unlike the earlier generations, socialism is no more a taboo for the present generation – the millennials. Various polls conducted on this question consistently show that millennials are preferring ‘socialism’ to ‘capitalism’. They understand capitalism as a system, where the ‘unaccountable rich people’ are ‘ripping off the world’ and socialism as its opposite.

Having attained adulthood during the 2008 global economic crisis, witnessing ‘double-digit unemployment, mass foreclosures, unaffordable rent, crushing student debt, deepening economic inequality, bailed-out bankers swallowing six-figure bonuses, tech billionaires’, they are realising the ills of the capitalist system and identify socialism as an alternative. They are trying to understand what is happening in the society, the reasons for it and are receptive to socialist ideas. It is easier to make them realise that Trump and his divisive policies are a product of this system and hence to defeat them, it is necessary to mount an offensive against the system. Cortez’s campaign benefited from this receptive atmosphere.

The ruling classes are naturally terrified by these developments. Republicans are frightening people about the ‘dangers of creeping socialism’. Democratic leadership is worried about the growing influence of socialists and their attempts to give the party a ‘Leftward shift’. Nancy Pelosi, former speaker of the Congress and a Democrat, is taking pains to explain that Cortez is more an aberration than a feature of the present times. Democrats are torn up between their increasingly radicalised base and corporatised leadership. In this background, the membership of DSA grew in these two years from 7,000 to 37,000. According to the DSA, thousands more are showing interest to join them.

Irrespective of their entry into the Congress or Senate, the forces unleashed by Cortez and her comrades’ campaign are hard to bottle up. And their journey is certainly going to leave a mark on US politics in the coming days.