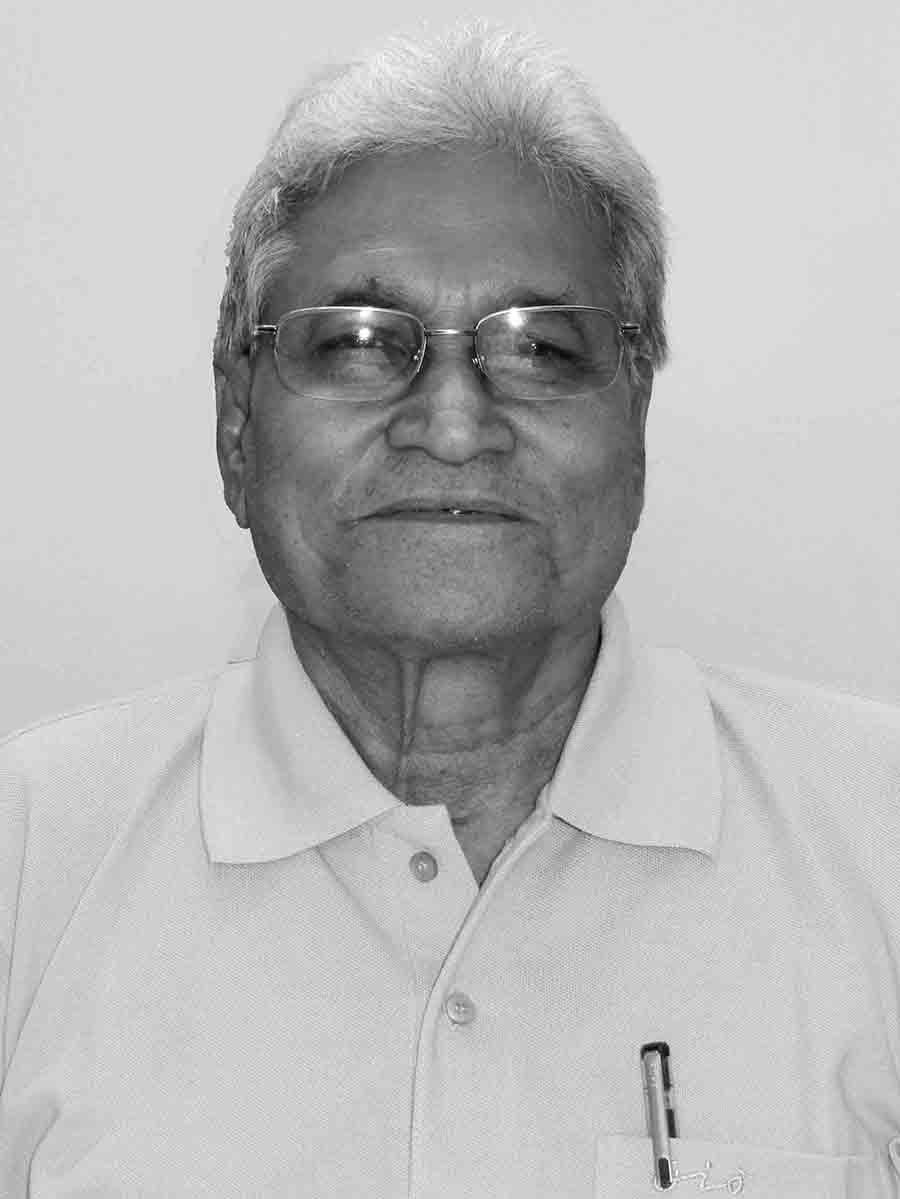 Condolence resolution adopted by the Central Committee at its meeting held on January 19-21, 2018 at Kolkata

Khagen Das had migrated from erstwhile East Pakistan to Kolkata and did his schooling and college in Kolkata. After completing his post graduation from Kolkata University, he worked briefly at the Kolkata Port Trust. Later on, he shifted to Agartala in the 1960s and worked as a school teacher. It was during his involvement with the school teachers movement that he was attracted to the Party. He joined the Party in 1968.

The Central Committee of the Communist Party of India (Marxist) pays respectful tributes to his memory.

The Central Committee conveys its heartfelt condolences to his wife and two daughters.

Absence of Khagen Das Will Be Felt

CPI(M) Central Committee member and Tripura Left Front convener Khagen Das is no more. He died in the early hours of January 20 inKolkata where he had participated in the meeting of the Central Committee. He was aged 80 years. Just days before his sudden demise, Das had given a clarion call to the people of Tripura to form the 8TH Left Front government in the state with an overwhelmingly majority, by defeating the communal and divisive forces.

After tributes were paid to him by CPI(M) leaders including general secretary Sitaram Yechury and Polit Bureau members Prakash Karat, Manik Sarkar and Biman Bose at Muzaffar Ahmed Bhavan in Kolkata, his mortal remains were brought to Agartala. Thousands of people flanked the airport road with floral tributes in the foggy evening of January 20 as the mortal remains of Das were being taken the CPI(M) office in Agartala and the assembly, luminously decorated in that evening on the occasion of 46TH anniversary of attainment of the statehood of Tripura. Das has made huge contributions in the transformation of Tripura into a model state through years of left and democratic movement. A large number of people gathered outside the CPI(M) state headquarters at Melarmath in Agartala to pay their last respect to the departed leader. From the state headquarters, the mortal remains were taken to the nearby West Tripura district headquarters of the party and kept overnight. From there, the body was taken to the Agartala Government Medical College Hospital in a huge procession for the mortal remains to be handed over to its anatomy department. He had committed for such contribution.

Khagen Das was born on September 4, 1937 in erstwhile Comilla district of undivided Bengal and following his Matriculation in 1955 there, he went to Kolkata for collegiate education. After his graduation and a diploma in teachers’ training, he came to Tripura and joined as a teacher at Ranirbazar Vidya Mandir near Agartala in 1966. Meanwhile, he had come in touch with leftist movement during college life, with some political experience gained in Comilla itself in touch with Moulana Bhasani and Sheikh Mujibar Rahaman. Since being appointed as a teacher in Tripura, he had been actively involved in democratic movement and in agitations of teachers and employees against the then despotic Congress government of the state, and was sacked from his post as a result, along with late Anil Sarkar and Srish Bhattacharjee. He became a CPI(M) member in 1968 and the founder secretary of the DYFI in Tripura. Joining the peasants’ movement later on, he became the AIKS state secretary and held the post of its state vice-president till his demise. Remaining underground for some time during the Emergency, he was incarcerated at a later stage. He was first elected to the Tripura assembly in 1978. He became Health and Revenue Minister in the second Left Front government in 1983. During 1993-98, he was the political secretary to Chief Minister Dasarath Deb. He was a Rajya Sabha member from 1998 and 2002. He was a Lok Sabha member from 2002 to 2014 from the Tripura West constituency. All throughout, he was vigorously vocal inside and outside Parliament to press for the vital demands of the state. A party State Secretariat member since 1998, he was made a Central Committee member at the 18TH Party Congress in 2005.

In separate statements, the CPI(M) Central Committee, the State Secretariat and Chief Minister Manik Sarkar deeply condoled the demise of Khagen Das. All the statements were marked with a sense of being stunned by his sudden demise at this crucial political juncture, with the state going to the assembly polls on February 18. The absence of the robust leadership of Khagen Das shall be felt at every step of such a crucial phase of the state’s class struggle, Manik Sarkar said. The chief minister and the CPI(M) State Secretariat expressed fervent hope that the people of Tripura as well as the Party and the Left Front shall leave no stone unturned to crown with success the clarion call given by the departed leader to form the 8TH Left Front government with an unprecedented mandate, and thereby pay him their revolutionary respects and fulfil his unfinished task.