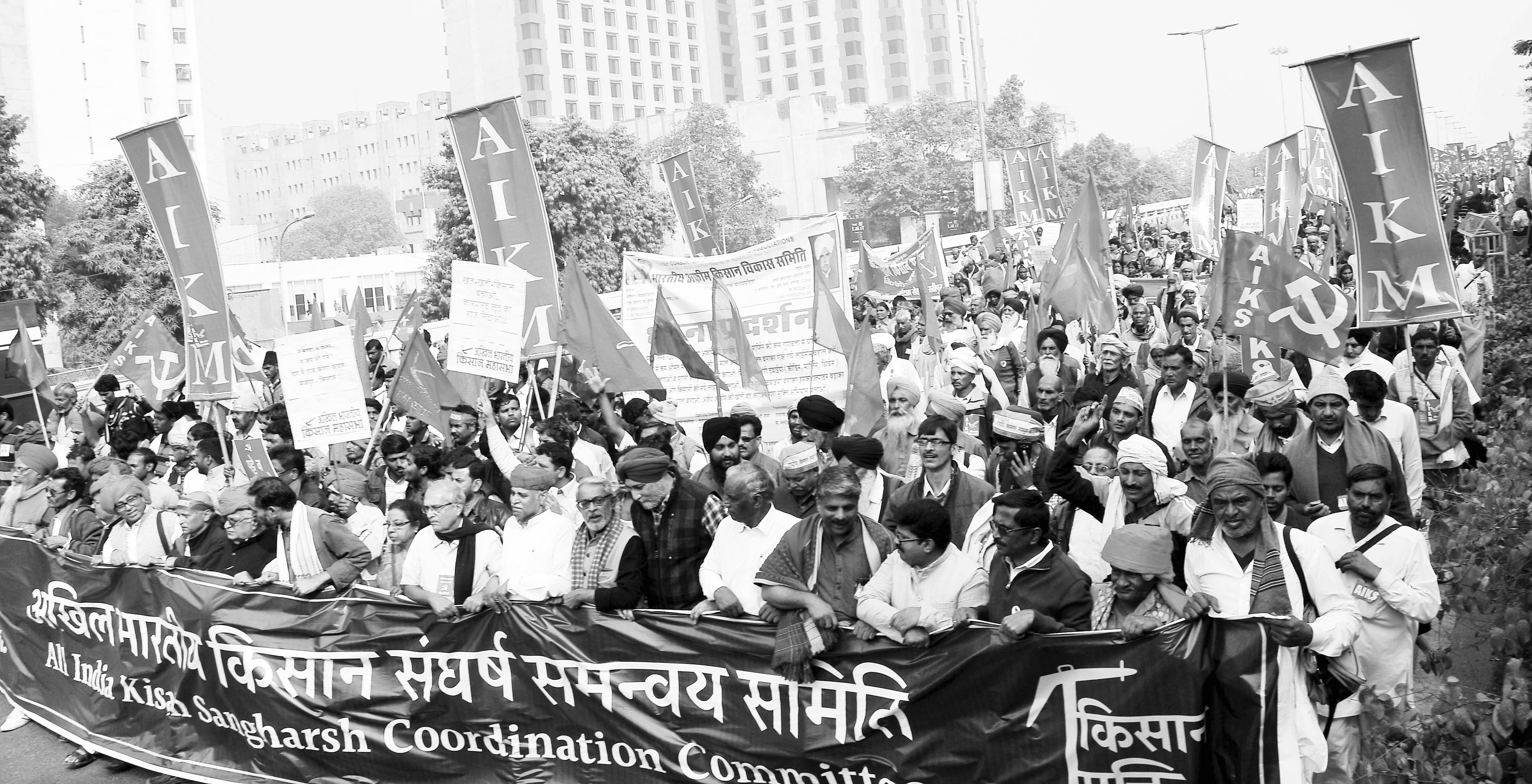 THE Left Front government in Tripura is pursuing an alternative policy in favour of the poor, toiling masses and the middle class, contrary to that of the RSS-BJP-led Modi government at the Centre which is working for corporate barons. This alternative policy must be highlighted before the nation through the victory of the Left Front in the ensuing assembly election, frustrating all conspiracies hatched by the opposition parties, Chief Minister Manik Sarkar told a mammoth rally of the working people at Vivekananda Maidan in Agartala on November 26.

The rally, organised by the CITU, was presided over by its state unit president and minister Manik Day. Besides Sarkar, it was addressed by CITU president K Hemalata, state unit secretary and MP Sankar Prasad Datta. The rally was called in protest against the curtailment of trade union rights, withdrawal of various welfare schemes of the working people by the Centre and for protecting the rights and dignity of the working people of the state through the formation of the Left Front government in the state for the record eighth term. The entire Agartala town turned into a sea of red.

Amidst applause, Manik Sarkar explained the one after another encroachments upon trade union rights of the working people, change of labour laws in favour of employers providing them absolute right to terminate its workers and put the unit on lock out, indifferent attitude of the Centre towards unorganised sector where 95 per cent of the country’s working force are employed, handing over the PSUs with huge public properties to private corporate hands, adverse impact of the demonetisation in the national economy, dissolution of the Planning Commission crippling the resources of the state and the plight of the small and medium entrepreneurs, small traders due to hasty introduction of the GST, etc. From the experiences of three-and-a-half years’ misrule, it may be said without any doubt that the Modi government is betrayer of the poor masses and working people. The Modi government is working for the corporate, monopoly capitals inside the country and abroad, he said.

The chief minister elaborated on the welfare measures of the Left Front government for the poor and working people that include the 33 pension schemes which cover about four lakh people, workers’ right to bargain with their employers, incentives to the small and medium entrepreneurs, incentives to the self-help groups, schemes for pertaining training to the workers for skill development at the Government initiative, and introduction of the Unorganized Workers Welfare Scheme by the government.

Coming down heavily upon the central government’s attitude towards Tripura, Manik Sarkar said as if we have committed crime for working for the welfare of all sections of the people. Because we performed best in MNREGA for several consecutive years, the Centre drastically reduced allocation from 82 days last year to 42 days work this year for us. We have been deprived of about Rs 4,000 crore due to the abolition of the Planning Commission. In one hand, the Centre is strangulating us by way of depriving us of our due, and on the other, the BJP which is a ruling party at the Centre, has been trying to create unrest and communal passion to embarrass the government. Breaking of idols in temples, desecration of shrines, murders of newsman Shantanu Bhowmik and driver Jiban Debnath have been committed with the same objective, Manik Sarkar said and added that to set in complete lawlessness in the state, the Prime Minister’s Office is playing the IPFT, an open wing of the outlawed NLFT extremists, with its separate state demand which is absurd and literally infeasible.

Alerting against the communal and parochial elements, Manik Sarkar said we must not be complacent holding such big rallies and processions. Limbs of demons are not visible. Thus, we must keep our eyes open every moment against any subversion till election. The working class has a noble responsibility in this electoral battle. Maintain a living contact with everybody irrespective of political party he belongs to. Try to remove all confusions placing facts, reasons and logics, Manik Sarkar concluded.

Greeting the workers’ rally in Agartala, CITU president K Hemalata explained one after another deception the Modi government committed. People of the country are rising in protest against anti-people measures of the Modi-led BJP government at the Centre. Lakhs of workers and kisans gathered from almost all the states of the country and demonstrated for days together in Delhi in front of Parliament on 9-11 and 16-17 November respectively to get answers to their question – where is Achhe Din? Where are two crore jobs per year? Where is MSP for the agricultural product adding 50% of its production cost? These were the unprecedented demonstrations since Independence. The working people were seeking minimum wage as recommended by the Indian Labour Conference. They were demanding that the scheme workers such as Asha workers, Anganwadi workers should be treated as regular workers of the government. But the Modi government showed least sympathy to their demands. They have returned from Delhi congregation with a vow to start preparation for pull down the pro-corporate Modi government from the seat of power. The people of Tripura shall give an impetus to their drive through the victory of the Left Front with more votes and more seats in the ensuing assembly election. This will ring the farewell bell of the Modi government from the Centre, Hemalata said.