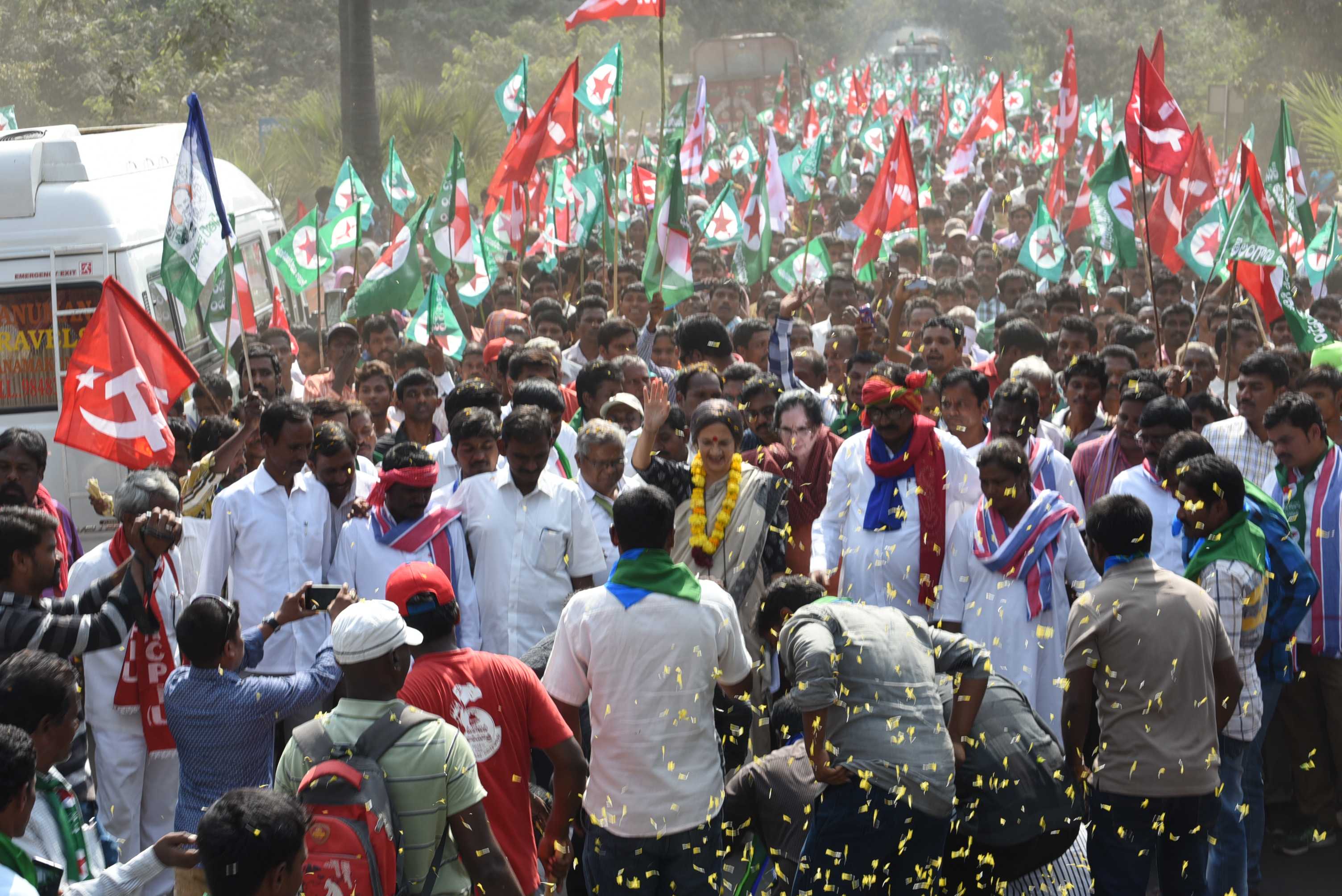 ON the completion of hundred days of Mahajana Padayatra of the CPI(M) in Telangana, Brinda Karat, Polit Bureau member of the CPI(M) addressed a public meeting held in Eturu Naagaram district. She congratulated the people for making the padayatra a success despite the cash crunch caused by demonetisation. She accused the Telangana state government of suppressing tribal population be foisting false cases on more than 800 tribal activists. She said that the CPI(M) played an important role in the passage of the Forest Rights Act. This act gives tribals the right to cultivate forest land, which they have occupied before 2005. The act also gives rights to tribals, who have been undertaking ‘Podu cultivation’. The chief minister of the state is lying when he says that tribals do not have rights over these lands or that they cannot get pattas for these lands. Brinda Karat said, KCR is trying to snatch away the rights of tribals which were given in law.