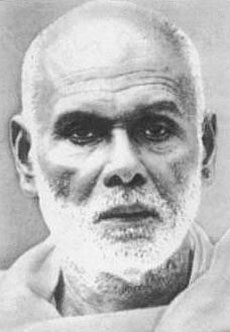 Narayana Guru: An Icon of Humanity

HE is an icon of humanity not an Ezhava idol.

It is rather unfortunate that we are living in an age when the lights kindled by the renaissance movements are sought to be extinguished by the revivalist forces of various hues all over the country. What is more shocking is that the movements which once heralded the dawn of a new era of scientific temper, logical thoughts and rational outlook themselves deteriorate in standards and stoop to the level of becoming instruments in the hands of fundamentalist forces bent on balkanising society.

This is all the more true in the case of SNDP Yogam, which was established by the towering seer Sree Narayana Guru, who preached the noble ideal of oneness of mankind. The leadership of SNDP Yogam, once held by none other than Kumaran Asan, is now in the hands of Vellappalli Natesan who furthers his business interests above everything else.

With the assumption of power by the BJP at the centre, the section of leadership led by Natesan makes use of the social influence of the Yogam to appease the political force at the centre and to explore new vistas in the field of business relations. On the other hand, the BJP leadership which has consistently failed in its efforts to make inroads into the parliamentary politics of Kerala seeks to woo the SNDP leadership.

The Sangh Parivar has earlier also tried to woo forces which have a renaissance background to further their political interests. The BJP leaders made it a point to attend the anniversary of Kayal Sammelanam held at Kochi some time ago even though their predecessors were dead against the original Kayal Sammelanam organised by Pundit Karuppan as a mark of protest against upper caste Hindus who objected to the holding of the convention on the banks of the Venduruthy backwaters, as the convention was that of the Pulayas, the `untouchables'. The game plan behind the presence of the BJP leaders at the anniversary was the wooing of Pulaya Mahasabha and using it as an instrument to make inroads into their areas of influence. The same was the design behind the visit of Narendra Modi to Sivagiri.

The anti-CPM tirade, unleashed by a section of the leadership of the SNDP Yogam during the last few days emanates from their realisation that they are increasingly getting alienated from their own rank and file, as a direct result of their move to make the Yogam a junior partner of the Sangh Parivar. It goes without saying that Natesan has left no stone unturned in his pursuit of chasing his herds to the camps of the Sangh Parivar in spite of stiff opposition from his own community. The meetings between Natesan and the Sangh Parivar leaders including Ashok Singhal, Praveen Togadia and Amit Shah and the utterances of the SNDP leader after those consultations give ample proof of the unholy alliance he seeks to establish with the Sangh Parivar. The way in which he eulogised the Sangh Parivar and belittled the Left movement was really shocking as far as the followers of SNDP Yogam were concerned, as they are the lot who had been the real victims of the Brahmanical regime of the erstwhile chathurvarna era, which the Sangh Parivar is bent on re-establishing in modern times.

It was at this point of time that I wrote a series in Deshabhimani that questioned the logic behind SNDP's move to align with the Sangh Parivar.

Those questions triggered a wide range of discussions in Kerala's public sphere and a general feeling that it is unethical that SNDP supports the Sangh Parivar evolved in due course. Natesan found himself in a back-to-the-wall position from where he could not pursue his hidden agenda of glorifying the Sangh Parivar which was on a spree of communal killings in various parts of the country.

It was against this backdrop that Natesan and his aides sought to fish in troubled waters by presenting a distorted version of a tableau that figured in a Kannur procession. The tableau, which was really meant for highlighting the noble ideals of Sree Narayana Guru and for deploring the move of communal forces to crucify his ideals, was unfortunately distorted by a section of SNDP leaders at the behest of Natesan. He must have thought that he would be able to wriggle out of the pitiable plight by presenting such a distorted version of the tableau in the minds of the public and make use of it as a pretext to vigorously pursue his business-driven personal agenda of making SNDP a doormat of the Sangh Parivar.

It is interesting to note that the SNDP leadership does not have anything to say against those who desecrated the statue of Sree Narayana Guru at Thalassery, as the                        miscreants belong to the RSS. On the one hand he keeps mum on this highly blasphemous (as the disciples view it) attack and on the other, he is brimming with anger on the issue of the tableau, which is against those who seek to crucify Sree Narayana Guru. Why this double standard! The only answer is that the SNDP leadership is bent on blackening the face of the CPI(M). Those who desecrated the statue were set free by the police and SNDP does not have any qualms on this matter too. What we see here is the emergence of a new political triumvirate, which consists of the SNDP, UDF and the BJP.

It is to be noted that the leadership of the SNDP had never been with the progressive Left forces. It vehemently campaigned against the Communist Party in the late 50s. When EMS ministry assumed power, the SNDP fought against it and in due course they found themselves in the array of the forces of the infamous Vimochana Samaram (the so-called liberation struggle). Before that, when toiling workers languishing in inhuman conditions were up in arms against Sir CP's armed forces at Punnapra and Vayalar, the leadership of SNDP was found aligning with feudal forces and the repressive regime. It floated SRP, its own political party in the 70's and that party was with the Congress right from its birth to its demise.

Irrespective of the stand taken by the SNDP leadership, the Ezhava community has all along been overwhelmingly supporting the Left and it continues even now. This is because of the realisation that it is the Left which really carries forward the noble causes of Guru. People belonging to that community really know that it was the Left which carried forward the objectives of the renaissance, carried forward the objectives of the movement from the level of social emancipation to the level of economic emancipation by injecting some sort of a political content to it.

One should understand that the likes of Natesan, who are driven by vested interests, are really doing away with the great cause of Sree Narayana Guru. Guru spoke of a single caste ie, mankind. But Natesan has gone to the extreme of asking `What is wrong in seeking the caste of people'. Time and again, Guru had explained that “the caste of the mankind is humaneness“. Natesan challenges it by calling for the unity of Ezhavas.

One should remember that Guru chose to christen the organisation as Sree Narayana Dharma Paripalana Yogam at a time when Thiyya Maha Sabha in the north and Ezhava Sabha in the south were already in existence. Guru refrained from making it a caste organisation. By showing scant regard to the teachings of Guru, Natesan has completely forfeited his moral right to lead an organisation which was floated by Sree Narayana Guru with high social objectives.

The CPI(M), by spreading the message of secularism and the concept of a casteless society, really carries forward Guru's noble causes and passes it on to posterity. Thus the Left in general and the CPI(M) in particular are the real inheritors of the social heritage of Guru. While proceeding with secular movements what CPI(M)  does is the implementation of the principle of Guru that “people should remain one, transcending the barriers of caste and religion“. The CPI(M)  is seeking to usher in an era of humaneness, which is marked by humane values propounded by towering men of eminence such as Sree Narayana Guru, Chattambi Swamikal, Vagbhatanandan, Ayyankali, Ayya Vaikundan, Velukutty Arayan etc. Guru remains an inspiring beacon to us as we relentlessly work for a new dawn which is marked by equality and fraternity.