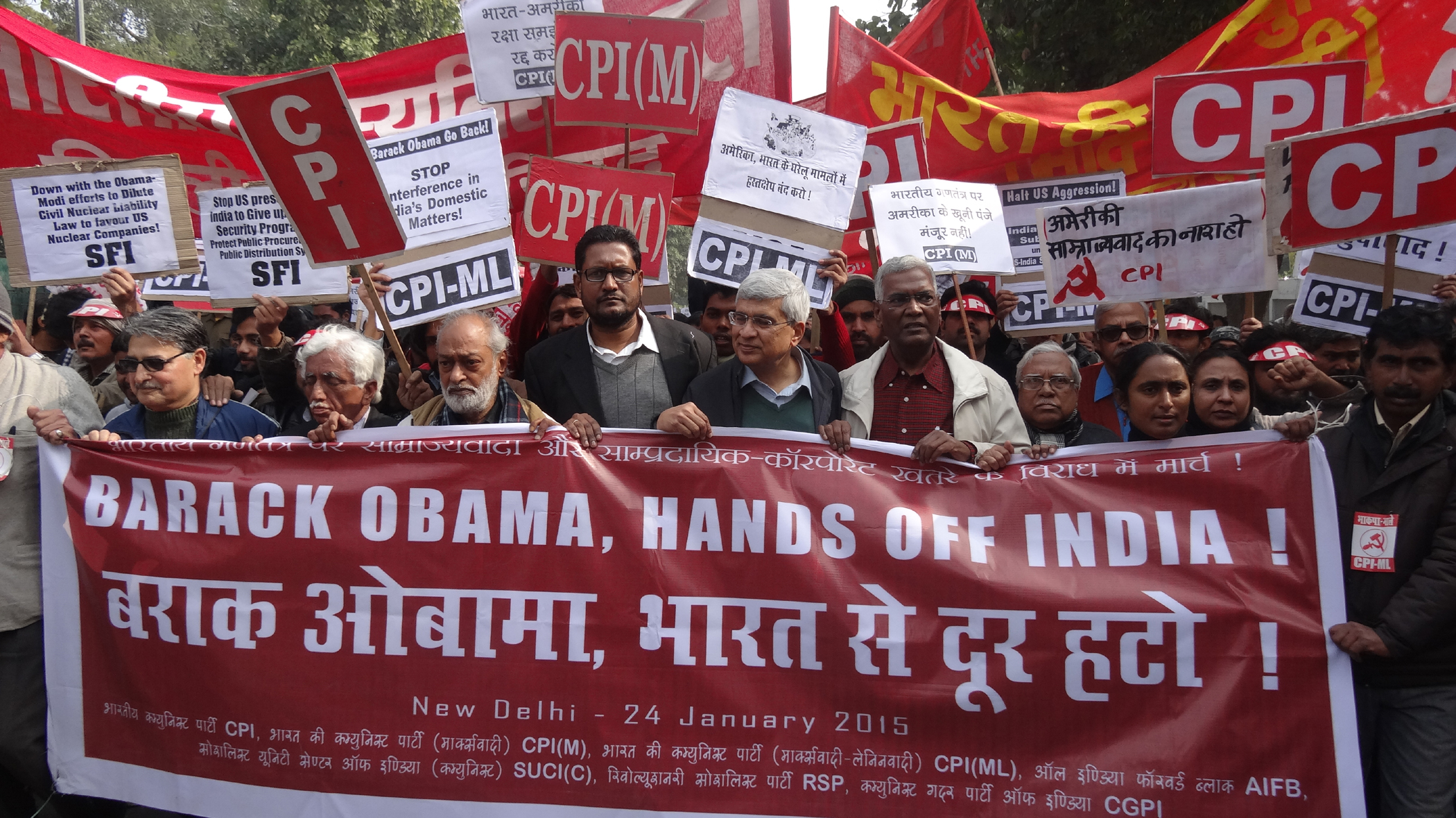 The Polit Bureau of the Communist Party of India (Marxist) has issued the following statement on January 27, 2015.

THE outcome of the visit of President Obama has resulted in the Modi government surrendering on some of the vital interests of the country both, strategic and economic, to US pressures.

The "agreement" on the nuclear liability issue sharply indicates this surrender. The Civil Nuclear Liability Act passed by Indian parliament in 2010 was meant to protect the right to Indian citizens to due compensation and relief in the event of a nuclear accident. The liability of the supplier of nuclear reactors and equipment was specifically introduced given the dismal experience of the victims of the Bhopal gas tragedy. The Modi government in order to meet the persistent US demand to nullify such clauses in the law has chosen to circumvent them. By creating an insurance pool by Indian public sector insurance companies and financial contribution of Indian government together amounting to Rs 1500 crore, effectively, the supplier's liability has been transferred entirely onto India and its taxpayers.

Further, to circumvent Sec 46 of the Act wherein victims of a nuclear accident can sue for damages against the operator or supplier, the Modi government has promised to issue a "memorandum of law" to dilute the intent of this clause, which in itself is a dubious step legally. All this is being done to fulfill the promise made by the UPA government to import 10,000 mw of nuclear reactors from the US as a quid pro quo for the nuclear deal.

The Obama visit has also led to a Joint Strategic Vision on the Asia-Pacific and Indian Ocean region. This statement aligns India to the US strategic pivot to Asia. Modi's Act East policy is now dovetailed to the US strategy to contain China as seen in the references to the South China Sea and the joint statement's reference to the tripartite alliance between US, Japan and India.

This has to be seen along with the announcement of the renewed Defence Framework Agreement for the next ten years. The details of this renewed Agreement have not yet been made public. There are genuine apprehensions that this pact would bind India militarily closer to the US, to the detriment of our national sovereignty and strategic autonomy.

In major areas, India has agreed to further open up to US investments for profit maximisation. India is now committed to buy US products for nuclear energy, military equipment and “greener technologies” for limiting carbon emissions to combat climate change. Further the $ 4 billion pledge by President Obama consists largely of loans to buy US products. Thus instead of “Make in India”, the Modi government is promoting “Made in USA”.

The Modi government has not succeeded in pressing and accomplishing any gains on the issues concerning our bilateral relations. The US has not acknowledged India's patents and intellectual property regime, the food security policy, or, issuance of visas for Indian professionals and personnel.

In sum, the Modi government has set the course for a subordinate relationship with the United States.