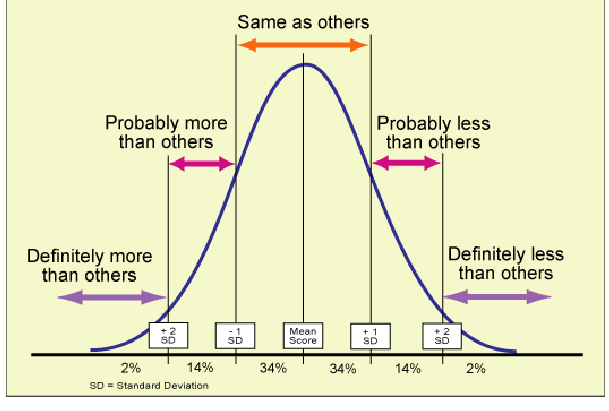 The Length, Breadth & Depth of TCS’ Lay-offs: Why it is Completely Unjustified to Lay-off its Employees

TCS, the largest Indian company by market capitalisation has recently stated that it would restructure the organisation. This restructuring could potentially lead to the loss of jobs of around 30,000 associates of the world’s third largest employer in the technology sector according to some newspaper reports.

Although lay-offs are not uncommon in the IT industry, something of this scale and magnitude is unprecedented in the recent times. What also adds to the woes is the fact that the TCS is otherwise perceived to be a very employee-friendly organisation. However, a closer look at the recent lay-offs issue will definitely lead to a change of such a notion. An analysis of facts clearly proves the untenability of the arguments in support of these large scale lay-offs and establishes that TCS is resorting to this unjustified practice only to satiate its thirst for profits.

Some spokespersons of TCS have been arguing that TCS being a performance driven company, there is no room in the organisation for non-performers. Let us evaluate the merits of this statement. To find out if the employees are performing or not, let us consider the revenue generated by the company per every employee.

From the above table, it is clearly evident that the revenue generated per employee (Rs 0.2722 crore) is significantly higher in the fiscal year 2013-14 when compared to any of the previous years. It is also understood that while the growth in net income in 2013-14 (in Rs Crore) was 250.36 percent as against the net income in 2007-08, the increase in employee strength was only 169.69 percent for the same period. This is reflected in the 29.92 percent increase in the revenue generated per employee for the same period under consideration. These metrics clearly indicate that the collective performance of employees of TCS has only been improving over the years.

The management of TCS uses a bell curve method to assess the performance of its employees. Based on this method, claims are made that those employees falling under the ‘C’ and ‘D’ bands are being forced to resign or terminated. The problem with this method, however, is that it entitles a specified number of people to inevitably fall under the ‘C’ and ‘D’ bands. Even in a situation where all employees perform at an equal level, certain employees are bound to be put under the bottom two bands, thereby creating a dent in their performance. This method makes an assumption that in a team, all members cannot perform equally well. In a university/school for instance, every student is evaluated on the same criteria and his/her marks determine their absolute and relative performances. The bell curve method could be a good choice in this situation. In the IT industry, however, each employee has different criteria for evaluation. It is therefore, prudent, to assess each employee based on whether or not they have met the targets set for them, instead of assessing them through this bell curve method.

Industry bodies say that the move is a business decision and there’s nothing unethical about it. HYSEA (Hyderabad Software Exporters Association) president Ramesh Loganathan says that companies will have their business compulsions. This is a baseless statement to support retrenchments. The fact that revenue per employee has been healthy stands testimony to the fact that the business is indeed sustainable. These arguments put forward by industry bodies carry no merit and are illogical justifications of unethical practices followed by them.

Another argument we hear is that the company need not invest more than what is required or waste its resources on employees. If we look at Table 1, it is evident that the ‘cost per employee’ had increased from 2007-08 to 2013-14.

However, this increase is only in absolute terms. Taking into account the inflation rates for the same period, the cost per employee should have been Rs 1545066.96 as against the present cost of Rs 1511817.389. This clearly indicates that even the cost per employee had in deed declined on relative terms. Ironically, the salary of TCS’ CEO, N Chandrasekaran, surged by 59.7 percent to Rs18.17 crore in 2013-14 as against the previous year!

Let us also look at the rate of increase in profits of TCS for the same period (Table 2).

Therefore, it is clearly understood that the argument that the company need not waste its resources on its employees is baseless. Further, it is totally against the claims made by the company that ‘for TCS, its employees are its most important

asset.’ If that really were the case, any prudent person would have invested more into the most important asset, which, according to the TCS was its employees!

The ratio analysis given in Table 3, further reiterates the fact that on all parameters, TCS has been doing exceptionally well. Under this scenario, there is absolutely no justification for TCS to lay-off its employees.

More importantly, the recent issue of TCS lay-offs should not just be looked at from the standpoint of the company’s performance and whether or not the employees have performed. Instead, the debate should extend to a much larger issue. This should also be a cause of national concern, mainly because TCS along with other companies are given humongous amounts of concessions on the corporate income tax they pay along with numerous other subsidies they are given by the Government of India. These companies are given concessions because they are said to be providing employment opportunities, promote exports and boost economic activity. After all, isn’t this the money foregone by the citizens of India? Would we, as citizens, be happy if our money is used to increase the profits of these corporates while our brothers and sisters are being fired from their jobs?

The total tax concessions on corporate income tax TCS has received during the period under consideration amounts to a staggering Rs 9179.51 crore! This means, for every job generated by TCS, the citizens of India have foregone Rs 3, 05,511.38, considering the employee strength at the end of the financial year 2013-14. If we combine the concessions given to all the IT companies, the figure could potentially be close to a Commonwealth Games scam! Other subsidies included, this could even cross the 2G scam! Another statistic we have read in newspapers is the amount of corporate revenue foregone by our government. This is a staggering Rs 5 lakh crore! Given this situation, isn’t it a matter of national concern that TCS is indiscriminately putting the lives of around 30,000 employees in danger?

This decision by the TCS only portends the ominous lay-offs to be witnessed tomorrow. Wipro, another IT giant, has already announced its plans to lay-off 52,000 of its employees in the next three years. With uncertainty looming large in the IT industry, the employees have, probably for the first time, discussed openly about the lay-offs in TCS. Social media was abuzz with anti- TCS posts. An online petition addressed to the prime minister, Narendra Modi was launched and it received a whopping 11,044 signatures already! A protest against the management of TCS, albeit in small numbers, was held in Chennai and another protest call has been given in Bangalore. Affected employees have formed small groups in almost all cities where TCS has got its offices and are contemplating a legal recourse. A woman employee from Chennai has already obtained a stay order on her termination from the Chennai High Court.

Trade Unions have been trying to hack the IT code for years now. The time looks ripe. Will the IT code be finally hacked?

*All the data have been taken from the TCS website. Its financial reports for the corresponding years have been used to collect the data.