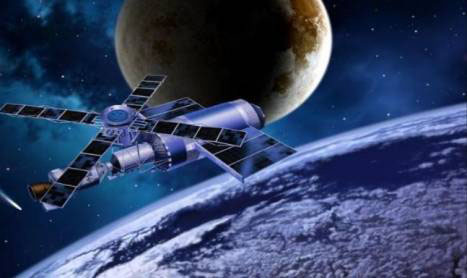 Mangalyaan Success: Putting it in Perspective

ON September 24, 2014 when the Mangalyaan spacecraft was inserted into Martian orbit as planned, with Prime Minister Modi present at ISRO’s Mission Control Centre in Bangalore, ISRO declared its maiden interplanetary mission, the Mars Orbiter Mission (MOM), a complete success. The Liquid Fuel Engine was fired at the right time as programmed, and the spacecraft was slowed down sufficiently to enable Mars to “capture” it within its orbit. After an agonising 12-minute hiatus when Mangalyaan was eclipsed behind the red planet and thus out of radio contact with Earth, its successful entry into Martian orbit was confirmed by signals received first at NASA’s Deep Space Communication Complex near Canberra, Australia, and duly relayed to ISRO’s Telemetry Tracking and Command Centre (ISTRAC), and later by ISRO’s own Deep Space Network.
Despite the announcement of complete success, the Mission was not over by any means. Even a week later as this article goes for publication, much is yet to be achieved. Manoeuvres to correct the orbit by firing the main engine or the eight smaller thrusters are still required so that Mangalyaan is properly positioned as needed for its scientific studies of the Martian atmosphere. The various instruments would have to be activated, monitored and their observations received back by ISRO for recording and analysis. And since, fortunately, about 42kg of fuel is still available compared to only 20kg anticipated at this stage, decisions would also have to be taken as to how best to utilise the remainder of the mission duration, now likely to stretch several months more than the originally envisaged six months.

In a sense, though, Mangalyaan reaching Mars and being inserted into Martian orbit, as well as managing all stages of the space flight en route – first orbiting the Earth in increasingly longer orbits, gaining momentum, then being slung out to space and entering into a sun-centric orbit bringing Mangalyaan into the influence of Martian gravity, and finally being inserted into orbit around Mars – along with the requisite tracking, monitoring and corrective manoeuvres over a period of almost a year, were indeed the main goals of the Mission. Many leading ISRO scientists, engineers and spokespersons repeatedly pointed out that MOM was mainly a technology demonstrator, with the scientific studies constituting only, say 15-20 percent of the Mission. Whatever observational data would be obtained from the rather small scientific payload aboard Mangalyaan may be considered a bonus.

Mangalyaan has thus undoubtedly been a significant achievement for ISRO and India who can be justifiably proud of it. Yet it is necessary to put this success into perspective. Not least because, from Prime Minister Modi to various political leaders to news anchors and media commentators, as well as lay audiences in schools and public places, have greeted the Mars Mission success with wild praise, gushing national pride and unrestrained triumphalism. And also because many scientists and commentators see in the Mars Mission a significant opportunity to advance public awareness of science and technology and to promote scientific temper in India. In that spirit, and without in anyway belittling the achievement or seeking to dampen the enthusiasm and high morale in the scientific community and the general public, it is important to discuss some key issues arising out of the Mars Orbiter Mission.

After thunderous applause and cheers broke out at Mission Control upon Mangalyaan entering into orbit around Mars, relayed live on national TV and carried on all channels, PM Modi addressed the nation and described the success as “having achieved the near impossible,” and having “gone beyond the boundaries of human enterprise and imagination.” TV news channels were also full of hyperbole and India’s “unique achievement” in overtaking many other more advanced countries.

Two indicators were repeatedly highlighted, from the PM downwards. First, that India had reached Mars in its first attempt, becoming the first nation to do so whereas others had taken several attempts before finally reaching Mars. Second, that India had done so at an incredibly low cost of around US$ 75 million, around a tenth of the US$ 675 NASA spent on its Maven probe (which had been launched in the same window as Mangalyaan in 2013 and had reached Mars a few days before the Indian spacecraft) and less than the US$ 125 million budget for the Hollywood blockbuster Gravity! Social media were abuzz with these factoids showcasing India’s superlative achievement.

Let us look at both aspects more closely.

It is indeed true that ISRO was successful in its very first mission to Mars. However, to infer from this that ISRO and Indian space science is somehow better or more advanced than space agencies or scientific capabilities of other countries would not only be incorrect but also convey a wrong idea of how progress is achieved in science.

There have been around 55 Mars missions dating back to 1960 including flyby missions in which the spacecraft was to fly past the red planet and then further out into deep space. Of these, of which 27 or roughly half have been successful. Many early failures were due to problems at launch itself, while several spacecraft either failed to land on Mars, crashed while attempting to enter orbit or simply lost communication contact with base. It is revealing that since 2001, 9 out of 12 missions have been successful, with NASA’s Odyssey orbiter launched in 2001 and the European Space Agency’s  Mars Express Orbiter launched in 2003 both still operational, even though the latter’s lander failed. This clearly shows that space agencies have learned a great deal from failures during early attempts especially during the pioneering period of humankind’s space adventure. Science progresses as much by learning from failures as by repeating or building upon successes.

Success in the present period by ISRO therefore does not mean superiority compared to earlier failures by space agencies of other countries. China’s maiden Mars venture aboard a Russian launcher in 2011 was lost along with the mother rocket which failed to exit from Earth orbit, and the space saga is full of such accidents.

ISRO has had many failures of GSLV (Geostationary Satellite Launch Vehicle), a much larger rocket than the PSLV (Polar Satellite Launch Vehicle) with which Mangalyaan, and earlier Chandrayaan, were launched. The PSLV can only carry relatively smaller payloads and can only place these in low-earth orbits compared with the higher orbits and heavier craft that, for instance, communication satellites for TV, telephony etc require. With ISRO not yet having established reliability of its GSLV launcher, it is forced to rely on European or Russian launchers for its communication satellites and has also consequently not been able to break into the lucrative comsat launch market. Because of the earlier failures with GSLV, should one conclude that ISRO is an inferior performer? Or should we say that ISRO is striving to gain mastery over a difficult technology and high-risk missions?

In fact, the low cost of the Mangalyaan mission is due chiefly to the fact that ISRO chose to go to Mars in 2013 using the smaller PSLV rocket even though this would mean a much smaller craft and lighter payload, rather than waiting till the next launch window in 2016 by when the GSLV might become available after proving itself through repetitive flights after the successful launch earlier this year. With this configuration, Mangalyaan weighing 1,336kg is carrying five instruments including the camera together weighing a mere 15kg. In contrast, NASA’s Maven craft weighing 2,500 kg with lots of fuel is carrying 65kg payload. This substantial difference in craft size and payloads means that NASA’s Maven would be able to manoeuvre to maintain a much tighter orbit of 150km by 6,200km, completing each orbit in just 4.5 hours and carry out its studies with sophisticated instruments getting much closer to the Martian surface much more frequently, whereas Mangalyaan has a highly eccentric 420km by 76,000km orbit with periodicity of 72 hours or about 3 earth-days.

Because ISRO did not have the GSLV, it could not go straight for Mars but had to adopt the highly innovative but unusual “slingshot” method to reach Mars, just as it had reached the Moon, using the momentum acquired in orbiting Earth to fling the craft towards Mars. Let us face it, once GSLV becomes available, ISRO will not use the PSLV or the slingshot method for lunar or inter-planetary missions, simply because one cannot then carry sophisticated instruments or other payloads, including human beings some day. In this sense, with the Mangalyaan Mission being virtually a one-off and not likely to be repeated, one wonders what technology is sought to be demonstrated and to what purpose? Through Mangalyaan, ISRO has no doubt gained very valuable experience in telemetry, tracking, command and control, and communications. The Mission has also enabled the setting up and operational testing of ISRO’s Deep Space Network. But in the main, without wishing to view the Mars Mission through a cynical lens, ISRO grabbed the 2013 launch window and has achieved bragging rights by reaching Mars albeit with a sub-optimal Mission. A very good Mission, planned and executed extremely well, but surely not “beyond the human imagination…?”

Incidentally, NASA also uses “total costing” methods for arriving at Mission costs including manpower, planning costs over the 10 years it took to detail the Maven mission, and so on. ISRO on the other hand does not include manpower but essentially cites costs of the launcher and spacecraft only.

In comparing India’s Mangalyaan Mission with Mars missions of other countries, one should not compare apples with oranges.

The specifics of Mangalyaan on board the PSLV, and points of comparison or dissimilarity with Missions of other countries, should be made clear to the Indian public, so that an informed and objective assessment can be made about India’s space venture and its strengths and weaknesses.

In the euphoric afterglow of Mangalyaan’s success, much was also made of the capability of ISRO and fulsome tributes were paid to science in India. Mangalyaan had shown, it was said, that when India really wants, it can develop top-class technologies completely on its own, and deliver science and engineering outputs to match or even beat the best in the world. The Mangalyaan Mission, it was argued, would inspire a whole generation to take up and excel in science.

Maybe one should be looking at it the other way. Maybe one should be asking, if space science in India, and one should include atomic energy too, can achieve this much, why is it that other institutions and branches of science and technology (S&T) in India are not? It is important to recognise that space science and atomic energy, and the concerned agencies and institutions, were given (and did not somehow acquire) complete autonomy, full political backing and adequate finances right from their inception. In both spheres, necessary human resources have been developed, trained and groomed more or less internally. Both Homi Bhabha and his successors in atomic energy, Vikram Sarabhai and his successors in space, have been uniquely privileged.

The question India should be asking, and finding answers to, is what can be done to lift the capability and performance of other S&T institutions to similar levels? Why is it that the calibre of achievements and self-reliance in space and atomic energy could not be replicated even in other high-priority sectors such as defence, in which India has signally failed to develop advanced technologies and hardware, and acquired the dubious distinction of being the world’s largest importer, looking for foreign manufacturers to set up shop in India? Why is it that India invests less than one percent of GDP in R&D? How can laboratories and institutions in other sectors be motivated and equipped, including through adequate functional autonomy with accountability, to build self-reliant capability and deliver cutting-edge technologies? And how can a wider eco-system of S&T institutions and activities be created and sustained that can attract and retain young talent in India?

The future of India will depend substantially on answers to these questions. And the quest will require honest and open introspection and informed public debate, not hyperbole and hyper-nationalism.