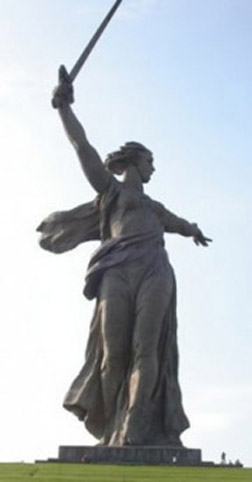 Congratulations. Let us celebrate. It is not for Women's Day alone. The Forbes magazine has come out with some good news about Indian women. Yes, the Forbes magazine, that talks about wealth and rich people! The magazine has proudly declared that, “It was a record-breaking year for women on the Forbes list of the world billionaires”. It seems two Indian women had made it to the list. So, time for celebrations. Needn't worry about finding a space to celebrate, as there is so much variety to choose from – we are really spoilt for choice. There are restaurants in up-market locales offering as much as 20 percent discount for us women, and also their specially designed menus. This is their humble contribution in celebrating the Women's Day.

Digging into the salads, pizzas, pastas and sipping mocktails like hot girl or virgin mojito, let us converse about some silly-nothings.

Silly-nothing No 1: According to a study done by Lancet in 2011 (a magazine that deals with M; while for Forbes M is money, for Lancet M is medicine) 12 million girls were aborted over the last three decades.

No. 2: One bride was murdered every hour over dowry demands in 2010, says the National Crime Records Bureau.

No. 3: Almost 45 percent of Indian girls are married before they turn 18, says the International Center for Research on Women.

No.4: One in five Indian women, many child mothers, die during pregnancy or child birth, the United Nations says.

No.5: A government survey found 51 percent of Indian men and 54 percent of women justifying wife beating.

No. 6: ILO’s new report expresses concern over the fall in labour force participation rate for women in India from just over 37 per cent in 2004-05 to 29 per cent in 2009-10, which ranks India 11th from the bottom, out of 131 countries, behind even Bangladesh and Pakistan (so need not cry over the loss to Pakistan in the Asia Cup cricket tournament, Pakistan is beating us in many other fronts too).

Consider this before having your next dish. According to three different studies:

In Andhra Pradesh, the work day of a woman agricultural labourer during the agricultural season lasts for 15 hours, with an hour's rest in between, while men work for seven to eight hours.

Another study on time and energy spent by men and women on agricultural work found that 53 percent of the total human hours per household are contributed by women as compared to 31 percent by men. The remaining contribution comes from children. Unfortunately, all this work doesn’t transform them into billionaires and their names don’t appear in the Forbes magazine. Instead they become part of all our silly-nothings.

Sorry, these are not meant to make you lose your appetite, Bon Appetite! These are, after all, silly-nothings! What matters is two billionaires in the Forbes magazine! After all, what value do common women have in our society?

Discussing about the value of women in our society, newspapers are these days flooded with the famous Delli Anger (similar to Delli Belly). In Delhi, people are so tempered that they are losing their temper if they are asked to wait in queue for buying jaleebi, for the right to parking space, for overtaking and what not. But not surprisingly, none of their famous temper is getting aroused on seeing a woman assaulted, harassed or abused. There have been instances when women fought with those who were harassing them, the public saw it, but did not respond. In one instance, a woman cop went to the rescue of a girl who was being harassed and had to fight the assaulter single-handedly and pin him down till the police came to arrest him. None from the public, watching this, had intervened. Why are the people who get so angry for being denied jaleebis for a few minutes or a parking space, not reacting when women are being attacked? The question demands attention, because it is in Delhi that the infamous Nirbhaya incident happened and protesting it people had come out in unprecedented numbers and with such a determination. Why are they not reacting now? Does this speak anything about the society in which we are living today? Remember, Jawaharlal Nehru had said: “You can tell the condition of a nation by looking at the status of its women”!

It is true that Nirbhaya law is enacted and the finance minister had graciously allocated one thousand more crores to the Nirbhaya fund. But did the law in anyway lead to a fall in the crimes against women? Retired Supreme Court judge, Markandey Katju says: “Laws alone can only play 20 percent of the role in empowering women in this country. Eighty percent of the role will be played by education, by changing the mindset, the mentality of men who are still to a large extent feudal-minded which means they regard women as inferior”.

What is being done to 'change the mindset'? Nothing. Emphasis is always on changing the mindset of women. Dress like this, do this, don't do this, behave like this, don't go out after this time, keep away from them, keep away from these places, etc., etc. It is not men alone who give these advices. Many women, in positions that are supposed to work for the empowerment of women, like the Women's Commissions too speak out their minds. Good in a sense that they are not hiding behind a facade but are openly exhibiting their 'feudal-mindset'. And of course there are some men, like our good old cabinet minister who, referring to the laws enacted, is afraid even to 'talk with women'!

There is another set of people who also need to be mentioned. They pose as radicals and call on the women to learn martial arts, carry pepper spray canisters (yes, the very same pepper spray that was used in the parliament) and such self-defence equipment. Many argue for harsh punishment for the crimes like hanging the rapists. But once again, the question is veering around to law and order.

It is time for us to understand that attacks on women are not an issue of law and order alone. Strict laws are needed and so are harsh punishments. Training in martial arts, self-defence techniques are also required. But these are not sufficient as Justice Katju argues. What is needed is an effort to change the mindset. It is this mindset that is behind the vulgar misinterpretation of Women's Day, shunning it of all its struggles and using it to further their profits. For media, presenting women as an object and a commodity will garner more number of advertisements and revenue than running campaigns for women’s empowerment. Of course, occasional government advertisements on women’s empowerment too earn them revenue. But that is nothing compared to what they earn from multiple private players, who want women to sell their products, unconcerned about the social impact.

What is needed to change the mindset is a campaign akin to social reform. Gender bias should be eliminated from education system both in allowing access and also in what is being taught, i.e., syllabi. Economic relations should be changed; bias in employment should be done away; work places should be bettered; discrimination in wages eliminated and most importantly society should be sensitised to respect women as human beings. This is certainly a tall order. But all tall buildings are built by laying that first brick. Similarly, there should be that initial step to be taken – a step to pressurise State institutions to work towards a better human society (not a man society).

Now that elections are round the corner, it is time for us to bring the question of 'changing the mindset' into national agenda. Political parties should be questioned about their outlook towards women, how they intend to eliminate the gender bias in the society. Not just how many seats are allocated to women, but also what they think about the entire question of women's empowerment and emancipation. It is certainly not an easy struggle. Even women’s right to vote too was not won in a day. Women' Day teaches us to fight for our rights and for the realization of the right to equality.